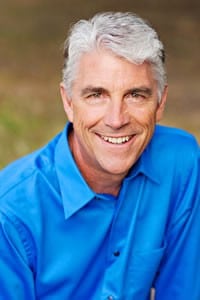 Daniel Brown is one of the most personable, yet provocative, Bible teachers in the kingdom. He gleans thought-provoking as well as practical treasures from the Bible, and expounds them with humor, animation and enthusiasm. Daniel’s unique approach to most subjects makes him well-recognized as an “out of the box” thinker with a distinctive, conversational and decidedly non-religious style. Within minutes, people feel like they have found a friend.

In December 1984, following five years on the pastoral ministry team under Pastor Jack Hayford at “The Church on the Way,” Daniel and his family were sent out to plant “The Coastlands,” a church near Santa Cruz, California, where he served as Lead Pastor for 22 years. During those years he sent out 37 church plant teams in the U.S. and other countries. Additionally, six of his associate pastors stepped into lead pastor positions, including the young man Daniel discipled to replace him as senior leader at “The Coastlands” in 2007.

He has authored five books, the latest of which are Embracing Grace (2013) and The Journey (2015). Dr. Brown is best known for resources that help local church leaders, as well as individuals, excel in their spiritual assignment. His simple mission statement is: “Love, mend, train and send people into more ministry than they would think to do on their own.” Simply put, “Dr. D” is a disciple-maker.

Today, Daniel heads up Commended To The Word and travels the globe teaching leaders and encouraging them to ‘give your all’ for God.

Daniel and Pamela have been married since 1973. They have four children and thirteen grandchildren.

What are you looking for?